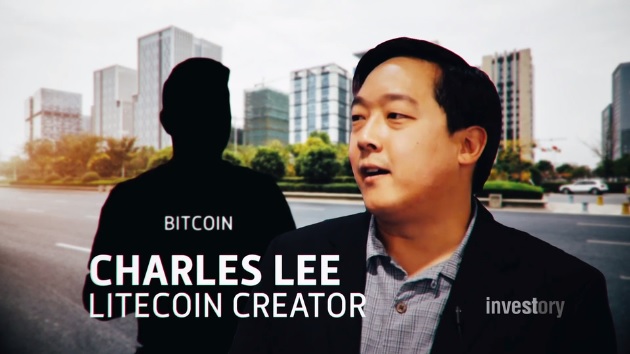 Did Charles Lee Create Another Bitcoin? What is Litecoin?

When Charles Lee first created Litecoin, the world shrugged it off as a Bitcoin copycat, but it’s far more than that. It’s now cemented itself as one of the premier cryptocurrencies in the world, and its unique differences make it a strong competitor to the leading Bitcoin. Here’s everything you need to know about it.

It’s easy to get swept up in the Bitcoin craze. It’s one of the most widely known of all cryptocurrencies, but that does that make it the best? There are several other options to consider when researching cryptocurrency, and today, we’re looking at Litecoin. What is it? Who created it? Most importantly, will it take down BTC?

CREATING ANOTHER BITCOIN: THE MAN BEHIND LITECOIN

Unlike Bitcoin, it’s no mystery who created Litecoin. Back in 2011, former MIT graduate and Google engineer Charles Lee brought his invention, Litecoin (LTC), to the public. Immediately, people started calling it “digital silver,” as it was the second major player in the crypto climate. Much like its predecessor, LTC is a decentralized digital currency. It uses the same encryption methods to transfer funds and confirm transactions. However, there is a difference between the two.

THE DIFFERENCE BETWEEN LITECOIN AND BITCOIN

While one could easily get confused between Bitcoin and Litecoin, there are some key differences. For one, LTC has a faster rate at which transactions are confirmed (2.5 minutes to BTC’s 10 minutes). Additionally, LTC’s algorithm allows for a maximum of 84 million units to be created. This is four times greater than that of BTC. Lastly, if you dig into the algorithms of each digital currency, you’ll see BTC uses the SHA256 hashing algorithm while LTC uses the scrypt hashing algorithm.

As usual, this question is more complex than it seems. LTC does have quicker block generation, a simpler algorithm (that makes mining easier), and an overall bigger supply. This leads many financial researchers to believe LTC is the superior cryptocurrency for smaller transactions particular. The fees are significantly lower than BTC, and for investment reasons, this means users can spend less money to buy or sell LTC then they would BTC. So, take a long hard look at yourself. Figure out what you want to accomplish with cryptocurrency first before investing in Bitcoin, Litecoin, or any number of other options.

Read next: Satoshi Nakamoto vs. Vitalik Buterin; Who is Better?
Share with friends