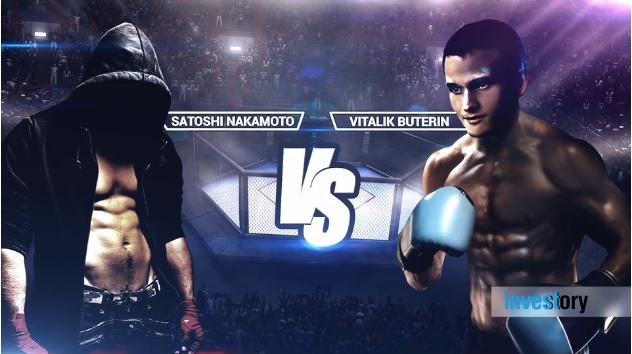 Satoshi Nakamoto vs. Vitalik Buterin; Who is Better?

No one will ever forget the names Satoshi Nakamoto and Vitalik Buterin. As pioneers in the crypto world, their achievements are nearly legendary at this point, but which one is better? We’ve all asked this question at one point or another, and now, there is finally an answer.

In the realm of cryptocurrency, Vitalik Buterin and Satoshi Nakamoto are the biggest names around. They both have a long list of incredible achievements, but as humans, we always love a good competition. This isn’t elementary school sports, though. Not everyone will walk home with a trophy. By the end of this video, we’ll finally answer this age-old question: Is Nakamoto or Buterin better?

SATOSHI NAKAMOTO WAS IN BEFORE VITALIK BUTERIN

If being first is important to you, then Satoshi Nakamoto is your pick for number one. In January of 2009, Satoshi Nakamoto invented Bitcoin and the now-famous blockchain technology. Forget the fact that no one knows who Nakamoto truly is right now. The fact is, Nakamoto created something completely original that would eventually go on to change our lives entirely. He may not have solved the food crisis in the world or put an end to political corruption, but if anything, Nakamoto gave us the greatest gift of all: freedom.

VITALIK BUTERIN IS A GREATER PRODIGY THAN SATOSHI NAKAMOTO

Vitalik Buterin made a name for himself early. As a child prodigy, Buterin dropped out of university to focus entirely on his baby, Ethereum. One could argue that Ethereum is not just a competitor to Bitcoin, but an improvement altogether. In comparison, Etherum creates transaction much more quickly than Bitcoin. Furthermore, the Etherum technology allows computer applications to run on it, not just the currency. There are numerous benefits to this, but let’s not get off-track.

Come on, can you really expect an answer here? It’s like forcing the world to choose just one pizza topping to use for eternity. All in all, both Nakamoto and Buterin created something immensely powerful and their uses vary on a case-by-case basis. In the future, some will side with Buterin, while others will remain with Nakamoto. Cryptocurrency is still too young to declare a clear-cut winner. So, if you’re the type of person that needs to see a resolution, keep your eyes on the community in the coming years.

Read next: Model of Success: Pavel Tretyakov
Share with friends