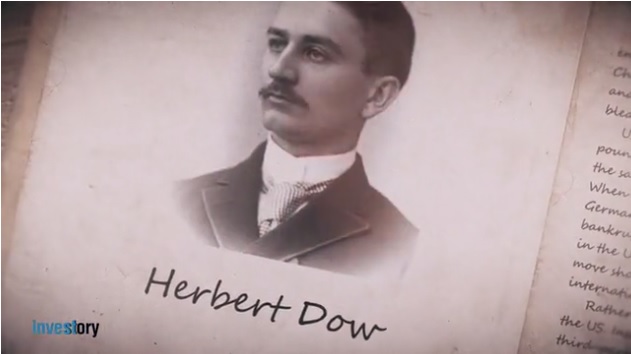 Herbert Dow was a young entrepreneur who was selling bromine. Even in those old times, he had competitors – and quite smart ones! However, Dow had a tricky strategy that would allow him to reverse the field.

To enter an international market was the dream of a young entrepreneur named Herbert Dow, who founded the Dow Chemical company in 1904. Its main business was purifying and selling bromine, which was used in the production of bleaches.

US enterprises were buying this product at 36 cents per pound. However, a German monopolist syndicate was selling the same stuff at 49 cents in the international markets

The Dow Chemical Company and the British Market

When the entrepreneur risked entering the British market, German competitors decided to drive the cocky upstart into bankruptcy. They offered their product at 19 cents per pound in the US market – way less than the cost of production. This move should have KO’d Dow and made him forget not only international expansion, but also the US market.

Dow Chemical: Trading in the US

Rather than giving up, Dow Chemical stopped trading in the US. Instead, it began purchasing German products through third-party buyers. The quality was great, and there were no production costs.

Re-branded chemicals were shipped overseas, where they were selling at 27 cents per pound, which was way cheaper than other European offers. Somebody had dug their own grave, and it was definitely not Dow.

Becoming successful thanks to your wits and turning an inevitable loss into a victory? This is the definition of a winning strategy that, together with competitive arrogance, makes up a successful enterprise.

In its most basic form, Investory presents investing stories in fun, digestible, and educational two-minute videos. But it goes far deeper than that. Investory addresses a major misconception - that investing is only for those white-collar “Wolves of Wall Street.” Actually, you do not need a fat wallet or an economics degree to become a successful investor.

Whether we are buying a new house, using energy at the gym, or spending our time with friends, we are all natural investors in one way or another. However, navigating the often chaotic and unpredictable waters of investing can be tricky. That is where Investory comes in. We will guide you on the path to become a smart, informed, and successful investor.

Read next: You’ll Never Guess How Much Silence Costs
Share with friends