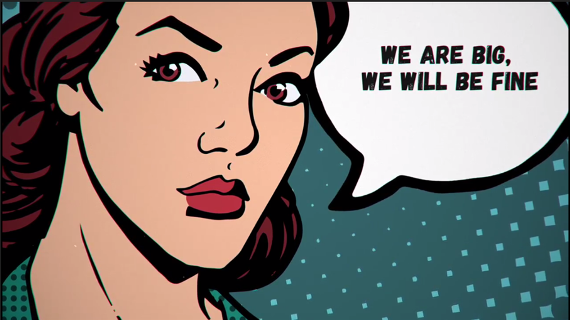 Enron Scandal. How Could a Company Scam Its Employees?

Being an office worker at fraud companies like Enron does not guarantee someone a part of their dirty profits. On the contrary, they often get burned just like swindled investors.

Enron Corporation was an American energy, commodities, and services company founded in 1985. Before its bankruptcy on December 2, 2001, Enron employed approximately 20,000 staff and was one of the world's major electricity, natural gas, communications and pulp and paper companies, with claimed revenues of nearly $101 billion during 2000.

At the end of 2001, it was revealed that its reported financial condition was sustained by institutionalized, systematic, and creatively planned accounting fraud. Enron has since become a well-known example of willful corporate fraud and corruption.

Man: Hey, did you hear the CEO resigned?

Woman: Jeff Skilling was only on the job for six months.

Man: Should we be worried?

Woman: Calm down, just a bump on the road. We are big, we will be fine

Man: The SEC just announced we're facing a probe! Shares are under $21!

Woman: I can’t believe the company misled us so badly...This can’t be real.

Man: They say we have to be out in 30 minutes - it’s over! Woman: How could a company do this to its investors? How could they do this to us? Billions in lost pensions...

Man: We will sue them!

Woman: It will take years to get any money back!

Man: l What else can we do?

Woman: Why is this happening? We just did what we were told to do.

Man: People at the top are just greedy, and they don’t care about simple folks. When you invest - with your money or loyalty into some company - remember that business is business. They don’t have your interest in mind. You might profit, but when they go down, they will take as many as possible with them. ...and there is no bounty at the bottom.