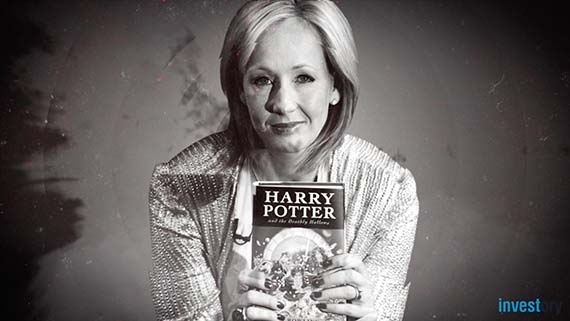 The Dark Side of JK Rowling’s Inspiration

Who is J.K. Rowling?
by Pam Pollack and Meg Belviso

For Harry Potter author JK Rowling, her dark past helped fuel her series. Find out how you can apply your dark past for a bright future.

The rich and successful usually thank their loved ones for support and inspiration. But sometimes, those closest to us are quite dark.

For example, the first husband of JK Rowling, a Portuguese man named Jorge Arantes, was rather aggressive. He mistreated his wife and there were even cases of physical abuse. While hiding from his assaults, she kept her writing, that eventually turned into a famous novel, a secret.

After Rowling’s name became well known all over the world, Arantes gave interviews to various media outlets, where he bragged that he was the first to acknowledge Rowling's literary talent.

Fortunately, he wasn’t able to profit from it. After all, who would be interested in the stories of a man bragging about his connection with a woman he mistreated?

Unlike him, JK Rowling moved on from their family drama and used her sad memories in a creative way.

In fact, some memories of her unhealthy marriage helped her vividly describe sombre parts of the series. Perhaps it was her own struggle that made the series so deep and colourful that it touched millions of her fans around the world.

Any life experience – both positive and negative - is a potential investment in our future selves. Just make sure you analyze the lessons and use them in a positive way.