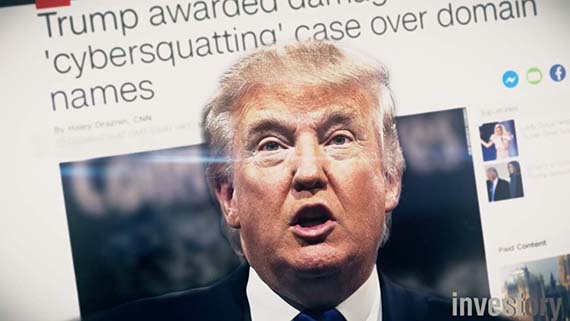 The story of how a tech giant squared off against a Canadian student and its ensuing result on the Internet.

In 2004, a Canadian student Mike Rowe decided to delve into graphic design. He bought the domain name MikeRoweSoft.com.

Microsoft management sent him ultimatum demanding that Mike pronounce the domain and offered him 10 dollars – exactly as much as its registration had cost.

In response to that Mike demanded $10 000. Microsoft filed the lawsuit. Mike started giving interviews telling about the impudence of his opponents, and…

The story ended with an amicable agreement. This case became the embodiments of the cybersquatting age - registering perspective domain names with the intent to resell them to large corporations. If for Mike this luck was just an accident – for many overs it became a business.

Until recently registering the name of the famous brand in a certain domain zone could lead to successful resale.

However, technologies are developing. The number of domain zones are multiplying. Mobile applications are relized with a speed of light and legal framework does not stand still.

For instance, a domain MICROWSOFT.NET is now available and costs about $10.

As we see, greediness of cybersquatters ruined their own business.

These days, the roles have switched for cybersquatters. Now, you are likely to see them being sued and having to pay for their domain.

Read next: A Lesson in Humbling Your Intelligence