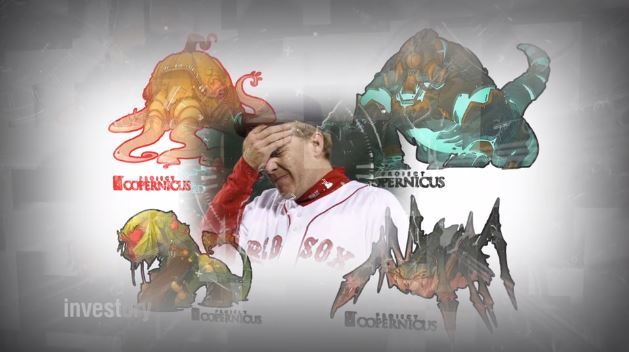 38 Studios: a Fastball that Became a Sinker

Curt Schilling started a video gaming company called 38 Studios with the aim of creating the best game available. Inexperience and the inability to listen to professionals cost Schilling his business, his money and his dream.

When Curt Schilling, one of the baseball’s greats, started a videogame company, he wanted to be the best. His 38 Studios should have produced world’s most popular game (working title Copernicus) in record four years, bringing Schilling to the riches of videogame business.

Schilling had the enthusiasm, dedication, and some $5 million to start. However, there was little knowledge of how to run a business, no previous experience on video gaming, and little planning or financial discipline.

38 Studios has hired some top-notch talent and were pampering their employees. Ex-pitcher provided leadership and cheerleading of the project, but also was involved in micromanagement and was undermining the decisions made by his professional managers. In six years, 38 Studios went through Schilling’s initial $5 million, another $45 million of his money, and $75 million of investor’s capital and went bankrupt without being close to Copernicus release.

#1. Producer, the one who organizes production of the results.
#2. Administrator, who is organizing systematic and planned processes.
#3. Entrepreneur, who has the vision and is able to navigate company.
#4. Integrator, the person who forms the right team.

A successful company should have managers for all these four roles in place.

Curt Schilling could be a good integrator, but he tried to fulfill all four roles, forgetting that one needs experience, specific talents, and a correct team to be successful in business. And, just like in sports, if one does not have these, it is almost impossible to get to the top.

Read next: Displair – an Invisible Display or an Evaporated Startup?
Share with friends