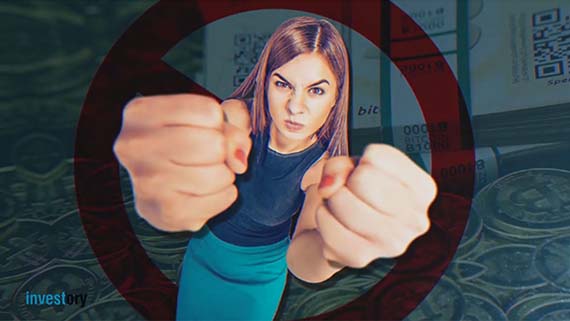 His girlfriend hated the investment. He forgot about it. How did it all happen? | Investing in crypto currency: another fashionable fake or a real opportunity to gain profit? This video is all about it. Quite probably, the story of a bitcoin in the financial market will repeat the story of the Internet in the information market.

“She thought I was wasting money on all kinds of rubbish. The truth is I do buy many gadgets that I never have time to use. But it was the worst case of all – I was buying money that was not real”. – These are the words of Kristoffer Koch, a curious Norwegian student who studied data cryptography in one of Oslo universities.

In 2009, driven by sheer curiosity, he bought 5 thousand bitcoins – a then - newly created Internet currency that was known only to a small group of computer developers.

It cost him 27 dollars, and we have already heard his girlfriend’s opinion about buying such things.

In 2013, Kristoffer heard the word “bitcoin” on TV and remembered about his investment.

Koch’s curiosity turned out to be rather profitable. There was a sum equivalent to 885 thousand dollars in his account.

Investory knows a lot of such stories about forgetful bitcoin buyers among common people.

Interest in innovations is a good thing that sometimes brings fine profit.