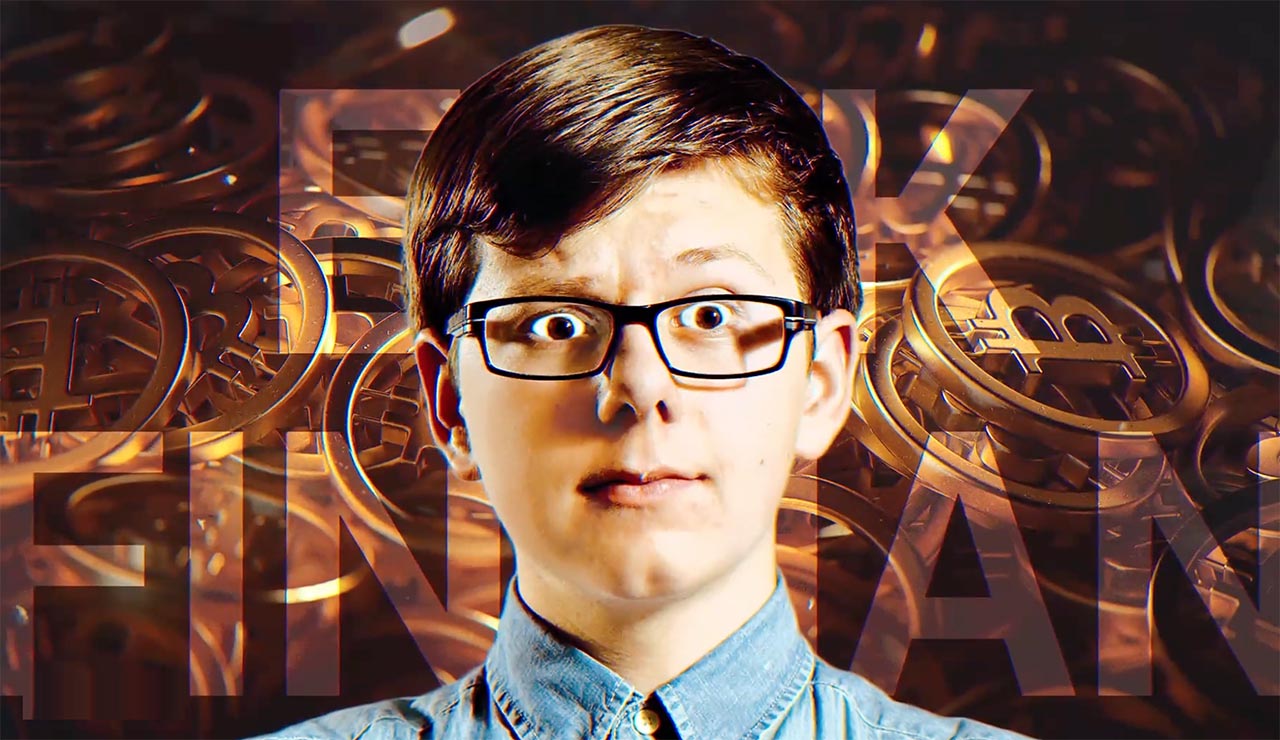 No More School for Erik Finman, Thanks to Bitcoin!

Don’t like your school in the armpit of Idaho? Stanford Ph.D. parents begging you to cope with it and spend several more precious years of your young life on this garbage? Your older brother is starting his IT business, and you’re only twelve? Jeez, brother, it’s 2011! Your granny just gave you a thousand bucks for your birthday (what a fine old lady!) and somebody named Nakamoto has invented Bitcoin. Why don’t you make a bet with your parents that if you are a millionaire by the time you are eighteen, you will never need to go to college? Bet accepted? Now for the Bitcoin investment - and you will be a winner in 2017! Say goodbye to old-school learning. The time of living within the outdated guidelines set by some old geezers is over.

Who is Erik Finman?

Future Bitcoin millionaire and entrepreneur Erik Finman was twelve when he purchased $1000 worth of cryptocurrency. That was an unusual step in 2011 for a boy from a small city in Idaho, whose teachers predicted that he’d have a great career sweeping floors at McDonald’s. The antipathy towards school was so strong that Finman persuaded his parents to homeschool him and bet them that he would not need to go to college if he made a million by the age of 18.

In 2013, Finman sold his crypto investments for a profit and launched Botangle - an online education startup. After two years, an investor offered Erik $100,000 - or 300 bitcoin - for his business. The young entrepreneur chose cryptocurrency and continued his homeschooling, often using Wikipedia and YouTube as sources of information. In his spare time, he invested in projects and even participated in NASA’s small satellite launch program. In 2017, Finman turned 18. He now has more than 400 bitcoin in his crypto wallets, which is about $7 million at the current rate. While his peers go to college, he continues to develop his crypto projects. He is a feisty one. Recently, he challenged Jamie Dimon, the CEO of JP Morgan who called Bitcoin investors stupid, to a boxing match. Knowing Finman’s past, we bet on the side of his young age and Bitcoin in this bout.

Eric is not the only Bitcoin prodigy. Several articles on Whit Jackson, a 15-year-old boy who was interested in crypto to the degree that people at school called him the Bitcoin Kid, appeared in 2015. There was no more news about him; hopefully, Whit continues his work and resurfaces someday and, like Satoshi Nakamoto, shocks the world.