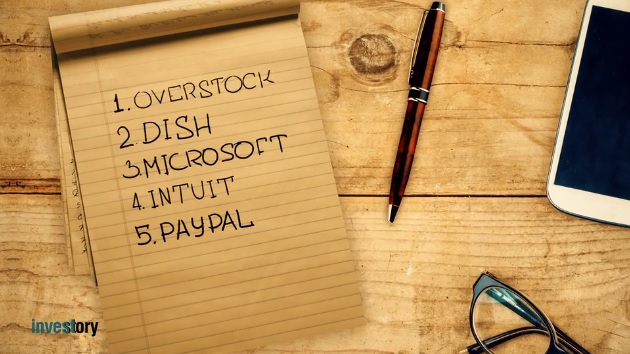 When you think of companies that accept bitcoin, you think of some small tech startups run by a group of millennials inventing technology you’ve never heard of. While that’s partially true, a growing number of well known, “old world” companies are adding bitcoin payments to their long-standing traditional ways.

It’s hard to keep up with technology these days. The latest investing trend can come and go in a matter of weeks but some are here to stay. Bitcoin is one of those innovations that’s proven it’s sustainability and worth. It’s not just rogue tech startups using bitcoin anymore. Now, some of the most famous companies are getting on board. Let’s take a look at ten of them.

Not only has Overstock allowed customers to pay with bitcoin since 2014 but CEO Patrick Byrne is a big-time believer in the technology. His company carries around 10% of is bitcoin paid as reserves.

COO of DISH Bernie Han has the right idea. According to him, DISH started to accept bitcoin because “we are listening to customers and providing them with the choice and convenience they want.” Your move, Netflix.

Microsoft lets users purchase content with bitcoin in their online stores but they are also behind Azure Blockchain. This service platform helps big businesses use blockchain to make settlements of financial data easier.

In 2014, Intuit announced the integration of bitcoin payments into Quickbooks PayByCoin service. This is great for business to business transactions as it avoids traditional banking delays and obstacles in a bank transfer.

If you can’t beat them, join them. That’s what PayPal did when they partnered with CoinBase, GoCoin, and BitPay back in 2014. We’re just halfway through our list of top 10 old world companies that accept bitcoin. There are plenty more to check out, so watch part two to see which of your favorite companies have already jumped on the bitcoin bandwagon.