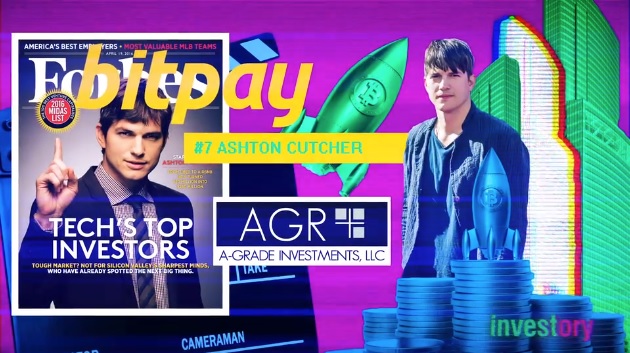 Celebrities do more than just entertain us. Society often looks to these people as role models. We copy the way they dress, behave, and even adopt their individual beliefs. With a growing number of famous celebrities using Bitcoin, will we see more “everyday folks” start to jump onboard?

Marilyn Monroe gave a voice to curvy girls everywhere, and Colin Kaepernick brought to light several race issues in the National Football League. The point is, celebrities have a bigger audience than most, and when they speak, people listen. So, what does this all mean for Bitcoin? Well, there are a growing number of celebrities using Bitcoin and spreading its benefits worldwide. Let’s check out the top seven.

At one point, Snoop Dogg tweeted that his next album would be “available in Bitcoin.” He also responded to Bitbay and Coinbase when they offered their services.

Chad “Ochocinco” Johnson, formerly of the NFL, is famous for his loud mouth and big plays. But behind that obnoxious persona is a guy who is genuinely interested in Bitcoin. According to his tweets, Johson is figuring out how to make Bitcoin a part of his daily life.

Drew Carey was way ahead of the game when it came to bitcoins. Back in 2013, Carey tweeted “just tried to buy breakfast w bitcoins. Refused. #whenwilltheworldcatchuptomyhipness?” Hopefully soon, Drew.

The actress and comedian is famous for her progressive political beliefs, so it’s no surprise that she supports Bitcoin. She mentioned on a few occasions how Bitcoin is a much better alternative than the Federal Reserve.

On the topic of cryptocurrency, Glover says “why not bitcoins? Being backed by gold seems very old and nostalgic to me.”

Nas made a name for himself in hip-hop, but now, he’s crossing the line to venture capitalist. Together with his manager, Nas is investing in well over 40 technology startups, most notably the digital wallet company Coinbase.

Following in Nas’s footsteps, we have Ashton Kutcher. Kutcher is the co-founder of VC firm A-Grade Investments. The company made a substantial investment in BitPay, the Bitcoin payment processor that helps merchants accept payments with the digital currency. There’s no question that celebrities have helped popularize certain fads or beliefs throughout history. Now, Bitcoin looks to be joining the list. How does it make you feel, though? Are you more likely to invest in cryptocurrency because your favorite actor tweeted about it? Are people like Snoop Dogg and Nas making blockchain technology cool now? Most importantly, who will be the next big name celeb to praise the benefits of Bitcoin?

Read next: Why Andreessen Horowitz Chose Coinbase and TradeBlock Over Apple Pay
Share with friends