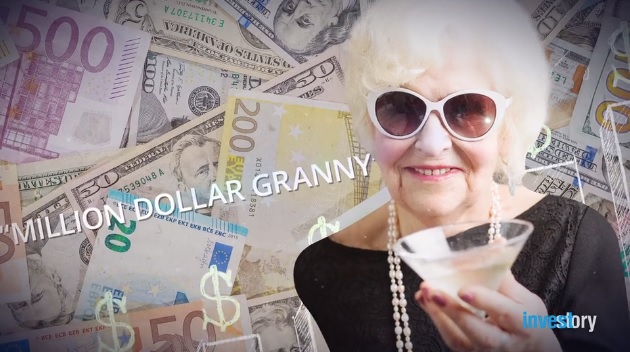 There is a misconception that people over forty have missed the boat. This story is about an old lady who was not afraid to take risks, and began investing regardless of her age. Let’s take a look at the results.

Shares of the German concern VEBA doubled in value in 1997. The decision to hold onto these shares right after her husband’s death was the first right business move German pensioner Ingeborg Mootz made.

Now known as the “million dollar granny”, Mootz decided to keep going and invested money in the stocks of two German banks: Commerzbank and IKB. A year later, her profits reached 130%. That`s when Ingeborg realized that she had a knack for exchange trade.

The beginning of this story may seem ordinary. Interestingly, Mootz was over seventy when she began trading. Her husband forbade her to trade, work and think on her own. He was confident that she was not smart enough for any of it.

In the next several years, Ingeborg Mootz earned over two million Euro through investments. She was given the title “The best private investor of Germany” and earned the nickname “Million dollar granny”.

Looks like thinking is useful at any age. So is doing what you want and love. Listen to yourself, and recognize the things that are preventing you from reaching your dreams.

Think and experiment, ladies and gentlemen - and do not stop yourself because of others. You don’t have to miss the boat because of your age, it’s never too late to begin.