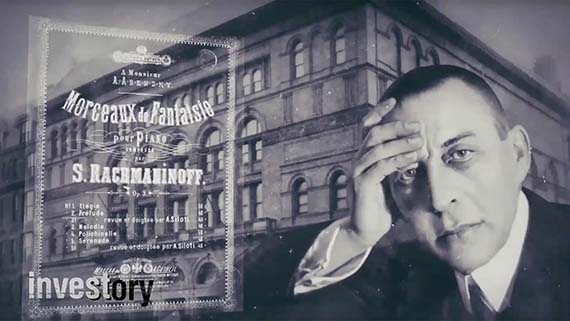 The story of how the music of one Russian immigrant became forever inscribed in the history of aviation.

In 1919 aircraft designer Igor Sikorsky emigrated to the USA. There were world fame, Ilya Muromets airliner, revolution, fleeing to Europe and unfinished work in Paris behind him. And here was America. Where Sikorsky was unlucky. He wanted to build new planes, but had to teach Maths at a school for Russian immigrants. The former coop that became a workshop of the company “Sikorsky Aero Engineering Corporation” stayed idle. There was barely any money left.

That day Rachmaninoff, a famous Russian composer and pianist, was playing in Carnegie hall. And Sikorsky spent his last dollars on a ticket. They met behind the scenes and talked for a long time. Deplorable details of the state of things in Sikorsky’s company surfaced then. “I believe in you and your plane and I want to help,” – said Rachmaninoff and passed his entire fee for the performance – 5 000 dollars – to the aircraft designer with the words, “You will pay it back when you can.”

And Sikorsky managed to do it. Just a few years passed – and Rachmaninoff got his money back with interest. All this time at the demand of Sikorsky, Rachmaninoff was registered as the company’s vice-president. Rachmaninoff did not seek profit from his investment. Keenly feeling the fates of his motherland, which he had left forever, he could not just look at the plight of a man who once had represented her glory.