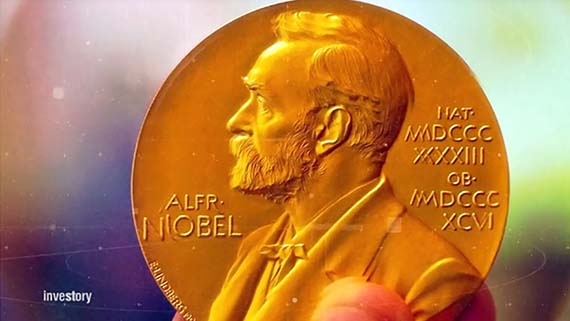 Millionaire businessmen and international relations are two topics that often don’t sit well with the public. This story is an exception.

At the end of 2014 American scientist James Watson auctioned his Nobel medal, which had been awarded to him for discovering the structure of DNA. Watson was going to give all the profit from this sale to his colleagues-oncologists who were conducting research to find a cure for cancer.

The medal was bought at Christie’s auction for $4 800 000 by an anonymous bidder (who later turned out to be Russian businessman Alisher Usmanov), and was returned to the laureate at once as a token of acknowledgement and respect. “A situation when an outstanding scientist has to sell his medal that was awarded as a sign of his achievements is unacceptable. James Watson is one of the greatest biologists in human history, and his prize for discovering the structure of DNA should belong to him.” – The businessman told the media.

Thus, Usmanov invested a serious sum of money into fighting cancer and did a noble deed that was also quite a good investment in the image of Russia in the world. Besides, it was done despite of all the sanctions difficulties existing at that time between Russia and the USA.