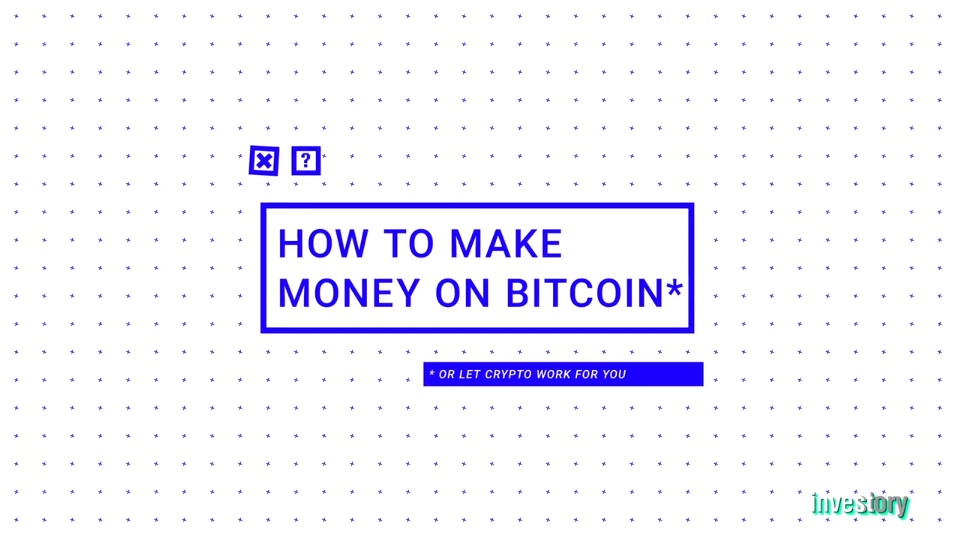 You can make money on bitcoins, just like on oil, currencies, or fashionable shoes, by using speculations or your business. How? Let’s find out. At the moment, Bitcoin, like any other cryptocurrency, is not just a revolutionary technology, but a liquid asset that can bring you money. How can you use it?

How to Make Money on Bitcoin: Speculation

A simple strategy of “Buy Low - Sell High” still works. We see young millionaires appearing who have become adept at new cryptocurrencies and create high stakes for such investments. People turn all their property into bitcoins and wait for the next surge of currency. This approach may be justified in some cases. If you had bought bitcoins worth about $1500 in Fall 2014, your revenue today would exceed $25,000. However, history has no subjunctive mood, so you can only make conclusions.

The exchange rate of bitcoins will change direction, but nobody knows when it will happen. Its growing value in dollar equivalents reflects the expectations of the market, but it’s not backed by any real currency, so it remains a “bubble.”

Cryptomillionaries don’t have many ways of turning currency into real money. You can buy and sell bitcoins at cryptocurrency exchanges, or via brokers, but the process of conversion is more complicated than for traditional investments.

To make your life easier without having to convert bitcoins into fiat money, you can use margin trading, which is provided by various Bitcoin exchanges and trading platforms such as CEX.IO, BITMEX, and Kraken. Margin trading allows you to trade bitcoins without actually owning cryptocurrency, make a bet on growth or fall of its price, and use leverage - investing more money than you have.

How to Make Money on Bitcoin: Business

Business is another option for enrichment using cryptocurrency. A more conservative option: if you already run a business, consider accepting payments in bitcoins. A creative option: put into perspective how you can use the blockchain technology that is at the core of cryptocurrencies. The reliable verification of financial operations is in demand in every sphere.

Let’s sum it up. How can you make money on bitcoins? First, buy low & sell high. If you buy bitcoins for a long-term perspective, you can become a millionaire, but the dynamic of this currency is unpredictable, and you need to understand how to deposit and withdraw money from the system. With margin trading, you can make money on short-term currency fluctuations. The operations are simple and fast but can work out only for short-term operations. Secondly, you can integrate crypto-technologies into your business. Start accepting payments in bitcoins or build a project based on the blockchain technology. The wilder your idea is, the more opportunities you will get. Just educate yourself and take the challenge!