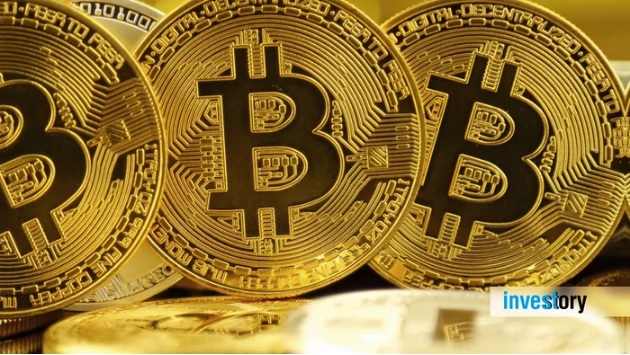 Unless you’ve been living in a bomb shelter the past ten years, then you’ve probably heard the term “bitcoin” used in some form or another. Whether you understand it or not, the real world is starting to accept this revolutionary cryptocurrency in numerous ways. From complex mining operations to your favorite retail outlets, Bitcoin is quickly becoming mainstream. Here’s everything you need to know about it. It’s time to stop talking about if BTC will ever have an effect on our society. Why? Because it’s already happened. You might not use it yet but around the world, we are seeing a variety of businesses catch on to this technology, turning it into a more mainstream option. Bitcoin exchanges, mining companies, payment services and more are popping up at every corner. In this video, we’re going to show you some of the best around the world and how they work.

Mining pools represent miners who work together and share rewards. This makes getting rewards that much easier for the average miner. Here are some of the best. Antpool - China-based mining pool. It mines 25% of all blocks. Slush - The very first mining pool and one of the most popular. Mines 3% of all blocks BitFury - Private mining pool from Georgia. One of the few that has 0% fees.

Before you go off into the world of using cryptocurrency, you’ll need to buy some BTC first. That means you’ll probably use one of the several online exchanges and trading companies. They’re all unique so take a look at some of the best. Coinbase - The world’s biggest BTC broker found in the UK, Canada, United States, Singapore and most of Europe. Here, customers buy BTC with their connected bank account, debit/credit card and many other methods of payment. Coinmama - This bitcoin broker specializes in selling bitcoins for credit card to almost anyone in the world. LocalBitcoins - LocalBitcoins is a unique peer-to-peer BTC exchange. Buyers and sellers both agree to trade on certain terms while LocalBitcoins oversee the transaction to make sure it goes smoothly.

Where To Put Your Bitcoin?

Now that you found out how to buy bitcoin, let’s see where you put it. Abra - Abra is one of the world's most popular digital wallet app. Using your smartphone, you can buy, sell, send and store your bitcoins with ease. It’s an all-in-one BTC solution. Copay - Available on nearly every OS imaginable, Copay is an extremely user-friendly BTC wallet. Copay is good for businesses. Trezor - If you have a large amount of Bitcoins, TREZOR is the wallet for you. It has some of the best security features and flexibility options out there. It’s also extremely easy to use.

Where To Spend Your Bitcoin?

You now have your bitcoin stored and ready to use. Here are some examples of companies that accept BTC. Microsoft - Since 2014, Microsoft users have been able to use bitcoin to buy various content in Windows and Xbox stores. In 2017, they announced that Excel will adapt so people can calculate, format and analyze BTC on the application. Overstock - Overstock was the world's first large company to offer bitcoin payment for consumers. Together with Coinbase, users can buy a growing number of items with bitcoin. DISH Network - Now, you can even watch T.V. with your bitcoin. In 2014, DISH stated they will accept bitcoin as payment for their content services.

After hearing about the other companies in this video, you’re now a bitcoin expert which means you’re ready for an enhanced experience. Check out this multifunctional BTC company that takes things to the next level. Change Bank - Change is a full-service bitcoin bank. Not only does it function as a wallet, but it’s a debit card and a fully integrated marketplace so users can invest in stocks, real estate, buy insurance and even take out a loan in BTC. Hopefully, you’ve learned a thing or two about companies and how they use BTC. The crazy part is, this is only the beginning. There are a growing number of companies that use not only bitcoin but blockchain technology in general. Stay tuned for more videos on that later.