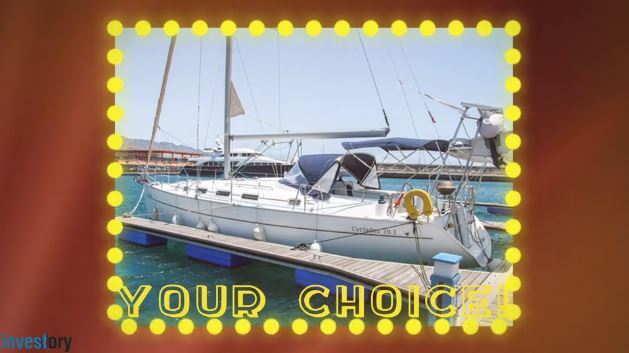 Radul’s Formula #3: We Bought a Yacht!

Fulfilling your dreams is much more interesting than sitting at a cubicle. Oleg Radul went around the world and then bought a yacht. Expensive? Unreal? Radul knows that it is not about money, but about the value system.

Crossing the ocean during his around the world trip, Oleg Radul came to the realization that traveling by sea gives you a conceptually new degree of freedom. He got a captain’s license and began to rent yachts and sail.
At the end of the season, he added up the expenses of renting yachts and found that in several years, the cost of renting them will be higher than purchasing the same model, which means…
In April 2013, Oleg and two friends split a big expense. They bought a 40-foot Beneteau Cyclades 393. Now Oleg works part-time from home and spends up to four months a year on the ocean, sailing, fishing, and experiencing wild islands… he invites friends to join as long as they cover their share of the expenses, or he organizes cruises for a fee.
You might think that this is not affordable. Let’s do some math! A 2007 yacht in great condition costs three friends about 60,000 Euro. Oleg’s contribution was about 20,000 Euro or $26,500 at the 2013 exchange rate.
A new Ford Focus parked by your house or adventures on a world-class yacht? Your call.

Read next: Radul's Formula #2: Captain Around-the-World From the Office Next Door
Share with friends