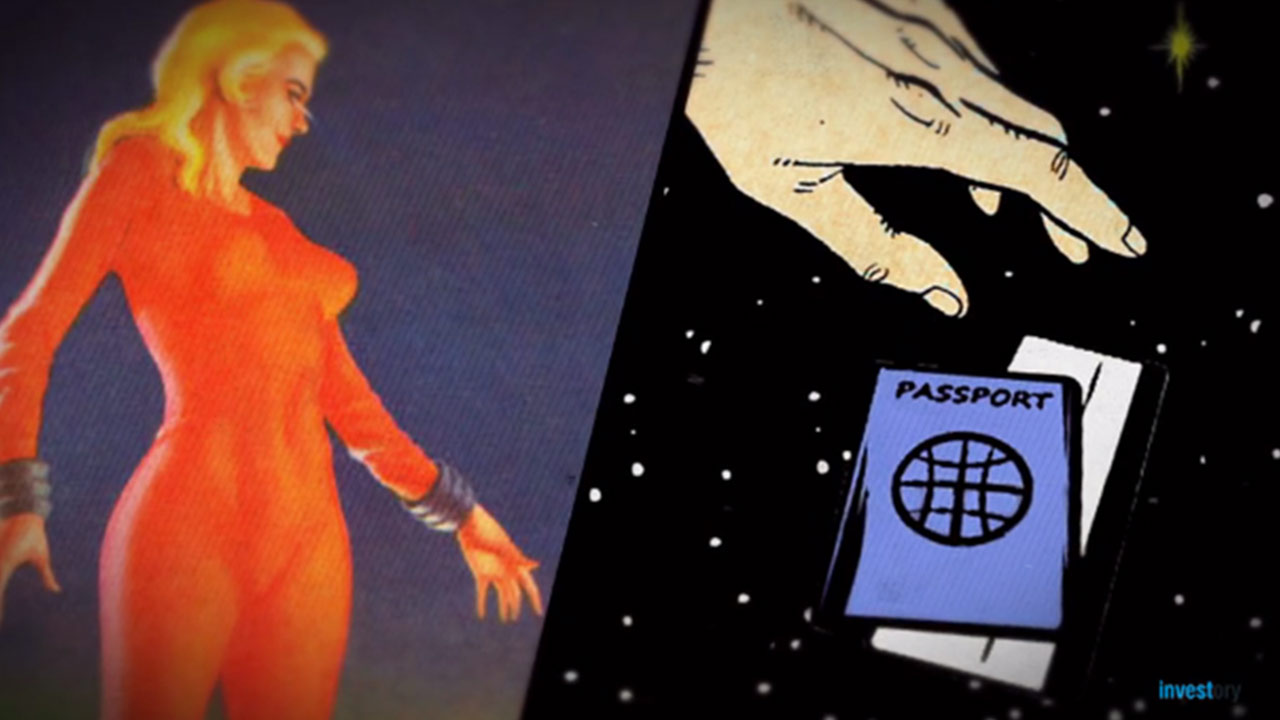 The Moon. Strategical Real Estate Investment or Simply a Dream?

Glow in the Dark Moon and Stars

Niche international laws allowed for parts of the moon to go up for sale. Worthy investment or a fool's errand?

"Ladies and gentlemen, we will be landing at the Dream Sea spaceport in 2 ½ hours.  We hope you are enjoying the view of the Earth’s satellite."

When your great-grandfather was buying this piece of land in the distant 21st century – everyone laughed at him. He was considered crazy and mentally unstable. And he was looking up at the moon dreamingly and not reacting to anyone, as if he knew something, unknown to everyone else. The family legend says that this is how he died. Sitting in a chaise-lounge, looking up at the sky, during the full moon.

Your great-grandmother did not believe a word that came out of his mouth. She almost threw away his certificate as well as his moon passport when she was going through his belongings. Luckily, your grandmother, who was then just a young girl, begged your great-grandmother to keep the belongings left from her father as a memory. Your grandmother kept each item in a safe place, until one day, these belongings were passed onto me. It is hard to describe, but she and I shared a dream with one another. And now it has come true my son.

We are now approaching the moon. The land of your great-grandfather is over there, look, to the left of the line of green lights. We will visit there the day after tomorrow.

But meanwhile, take a look at the Dream City. You have always wanted that, haven’t you? In 1967, the members of the United Nations (U.N.) signed the Outer Space Treaty. This treaty stated that no celestial body, including the moon, would be subject to national appropriation. Then in the year 1979, the Union of Soviet Socialist Republics (U.S.S.R.) proposed to sign The Agreement Governing the Activities of States on the Moon and Other Celestial Bodies. This agreement stated that the Moon and other celestial bodies were proclaimed to be the common heritage of mankind (article XI).

“Neither the surface nor the subsurface of the moon, or other celestial bodies, nor any part thereof or natural resources in place, shall become property of any State, non-governmental entity or of any natural person,” – was stated in the Agreement.

However, this agreement was signed only by 6 countries out of 113 UN members. And by now no other country has joined those six. In 1980 Dennis Hope found a niche in international laws, which allowed him to obtain into ownership territories that do not belong to anybody.

Maybe we are dealing with the most incredible type of investment. And maybe it is all just a meaningless waste of money. And only our distant descendants will be able to determine that answer.