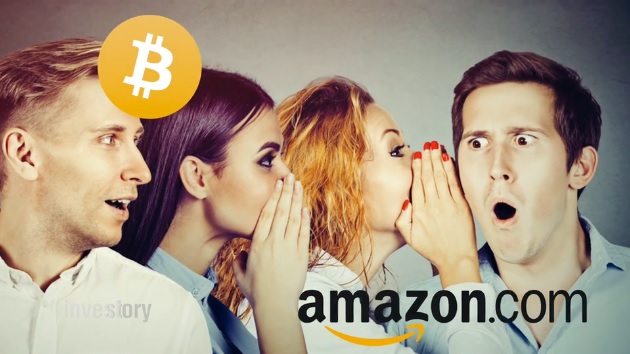 Why Amazon Should Accept Bitcoin and Litecoin

There are a few rumors surrounding Amazon accepting cryptocurrency as a form of payment. Despite this, it’s unlikely you’ll be able to spend your hard-earned Bitcoin and Litecoin on the Internet’s biggest marketplace. Jeff Bezos isn’t showing much interest in new payment methods right now, but here’s why he should consider it. Have you heard the rumors going around that Amazon is accepting Bitcoin? The relationship makes sense. After all, the world’s most popular online marketplace accepting Bitcoin, Litecoin, and others would surely shake up the scene. How real is this, though? Jeff Bezos probably won’t change his mind anytime soon, but there are several reasons why he should.

Amazon Could Open the Door to Mainstream Bitcoin

Cryptocurrency is proving that despite its mood swings, it’s growing at an increased rate. Yet, there are still not so many ways for users to spend their earnings. If a huge retailer like Amazon accepted Bitcoin, just think what that would do the crypto marketplace! Not only that, but Jeff Bezos would be a cryptocurrency hero for making it mainstream.

Amazon Will Benefit from Bitcoin and Litecoin

Companies like Overstock, Microsoft, OkCupid, DISH Network, and several others are on the cryptocurrency bandwagon and already seeing positive results. For example, transaction fees for those accepting Bitcoin are much lower than debit and credit card purchases. Smaller companies usually pay 2 to 4 percent per credit card transaction, and that’s not counting the “hidden fees” that add up.

Bezos Could Reach a New Level of Net Worth

Jeff Bezos is already the richest man in the world, but who knows how much his net worth would increase if he started accepting Bitcoin and Litecoin as payment methods? The person behind this petition certainly wants to find out. The goal? To get 15,000 signatures supporting Amazon’s acceptance of Bitcoin and Litecoin. But how legit is this petition? After all, it was started by a guy in Kentucky named Col. Neil Armstrong Sanders and is being sent directly to Bezos himself. Yeah, real clever, Bezos. We know what you’re up to...

Check out Youtoken's "Everything You Need to Know on Bitcoin" course. It is free now.