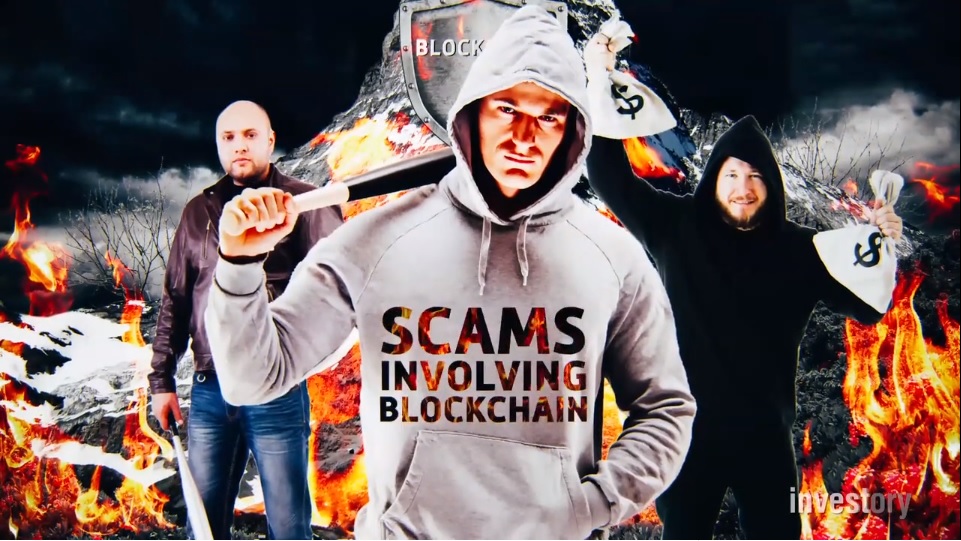 As the popularity of Blockchain continues to rise, so do fraudulent incidents. To keep yourself from falling victim to this rising number of scams, take a look at some of the most common ones out there. When blockchain technology first hit the scene, people everywhere praised it for its disruptive potential and predicted massive, global change. Years later, we are starting to see that change come to fruition as the technology starts to rise in popularity. However, there is a downside to this powerful tech going mainstream. For every few thousand people learning about Blockchain, there will always be a few seedy individuals looking to make a quick buck in an illegal fashion. So, here are a few of the most common scams you need to look out for.

Only the worst kind of people take advantage of others during a tragedy. Sadly, that’s exactly what happened to numerous victims during the aftermath of a hurricane back in September 2017. The scammers targeted users of the widely popular digital wallet, Blockchain.info. The email claimed to be from Blockchain.info themselves and stated their Bitcoin servers in Tampa, Florida, were damaged by Hurricane Irma. As a result, all users of Blockchain.info were asked to send their balance to a new Bitcoin address overseas before the balance was wiped out completely. Of course, this was just a phishing scam that led to many losing their entire balance.

ICOs are supposed to help startups raise money using blockchain technology, but as this method became more popular, a series of blatant ripoff attempts started making headlines. In these scams, companies advertise an “ICO” in the near future. As result, the price of their shares rise. And then, when the investors take the bait and buy-in, the original “company” cashes out without paying anything back in return. Since ICOs offer little in regulation, there isn’t much you can do if you find yourself on the wrong side of a ripoff.

Cryptocurrency exchanges offer a service to users that let them trade their digital currency for fiat currency. Sounds simple enough, right? Well, there have been a few cases of fake exchanges in the crypto world. A fake exchange scam artist asks users to put down a payment that will go towards the purchase of something like Bitcoin. However, the user never sees anything in return. So, how do these scammers attract these poor people? Usually, fraudulent exchanges offer significantly lower credit card fees than their customers. So, when you are looking for a good exchange, don’t always go for the one with the best prices.

On April 24, 2017, an important meeting occurred in Mumbai between a company called OneCoin and a group of investors. OneCoin was in the middle of their sales pitch for their new digital currency when suddenly, financial law enforcement officers burst in. Eighteen OneCoin representatives who praised their product as “the next Bitcoin” were all thrown in jail. Authorities had a hunch the company was operating a massive Ponzi scheme, and they were right. By the time of the bust, OneCoin had moved at least $350 million in scammed currency through a German payment processor. Cybercrimes like Blockchain wallet, ICO, and exchange scams are on the rise. As the technology rises in popularity, so will the number of incidents like his. However, you can combat these unfortunate circumstances by keeping up to date with the latest fraudulent methods and always doing substantial research before giving money away.

Read next: Reasons to Be Skeptical About Blockchain
Share with friends