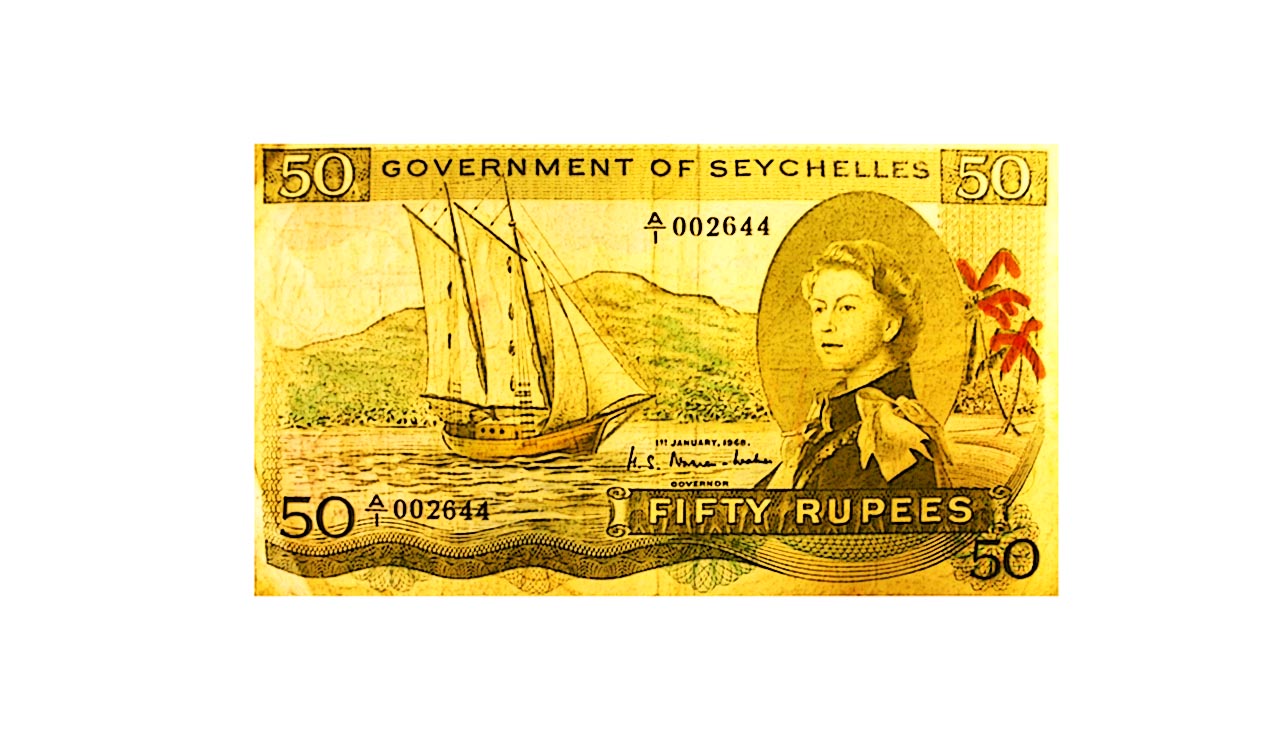 Recently, we've seen a lot of whacky conspiracy theories. Most of them are absolute nonsense, but once in a while, a creepy one pops up that actually looks promising. Take your currency, for example. People are finding all sorts of connections to the Illuminati, Osama Bin Laden, and even aliens in their money. Let's take a look at the ten craziest examples of this. If the Illuminati does exist, we can assume they're greedy. Hence, it's amusing to see this next mystery. Like the Osama Bin Laden one earlier, this one involves folding American currency. This time, however, you fold a one-dollar bill. If done correctly, the phrase "The Great Seal of The United States" becomes "The Greed States." We're not done with the conspiracies yet. You might remember that in 1998, the United States issued a newly designed twenty-dollar bill. Now, this was three years before 9/11, but if you fold this bill a certain way, you get some scary results. There are two different ways that, when folded, the bill shows what appears to be a burning Pentagon and the Twin Towers. This one is probably the most well-known of all the conspiracies. Sorry, Osama Bin Laden, you have to take a seat on this one. Anyway, if you look at a regular dollar bill, you'll see plenty of weird things on there. Take the Eye of Providence, for example. It's that floating eye above the pyramid. What's that all about anyway? MONEY CONSPIRACY: THE ILLUMINATI IN BRITAIN?

Osama Bin Laden is long gone, but it looks like the Illuminati is starting to infiltrate currency in Britain, too. If you look at the twenty note, you'll notice a whole set of various geometric outlines. Apparently, some people believe there are pagan stars and Satanic symbols found in there. MONEY CONSPIRACY: IS THE QUEEN OF ENGLAND A REPTILIAN?

So far, we've covered Illuminati and Osama Bin Laden conspiracies found on currency, but now we're taking things to the next level. There are some theories out there that the face of a reptilian is out on the Britain five-pound note. Somewhere in the Indian Ocean east of Africa is a small republic called Seychelles. You won't find any Osama Bin Laden conspiracies here. Instead, you'll just find some palm trees that spell the word "sex." For real, check out their five-rupee bill and you'll see that the palm trees on the far right-hand sign spell sex. For once, we have something positive to discuss here. Once again, no Illuminati talk. Instead, the focus is on the aqueduct on the back of the five-euro banknote. It looks like a bridge to you, but to others, it's an ancient symbol that spreads a positive message to the world regarding unity and harmony. OK, this one is a stretch, but then again, so are all these crazy Illuminati and Osama Bin Laden conspiracies. For this one, we look at a picture of Queen Elizabeth on the 1954 five-dollar banknote in Canada. If you look at the Queen's hair in the portrait, you can make out something sinister—a demon, in fact. Now, whether this is just a coincidence or not is up to you to decide, but you have to admit, it's kind of crazy.