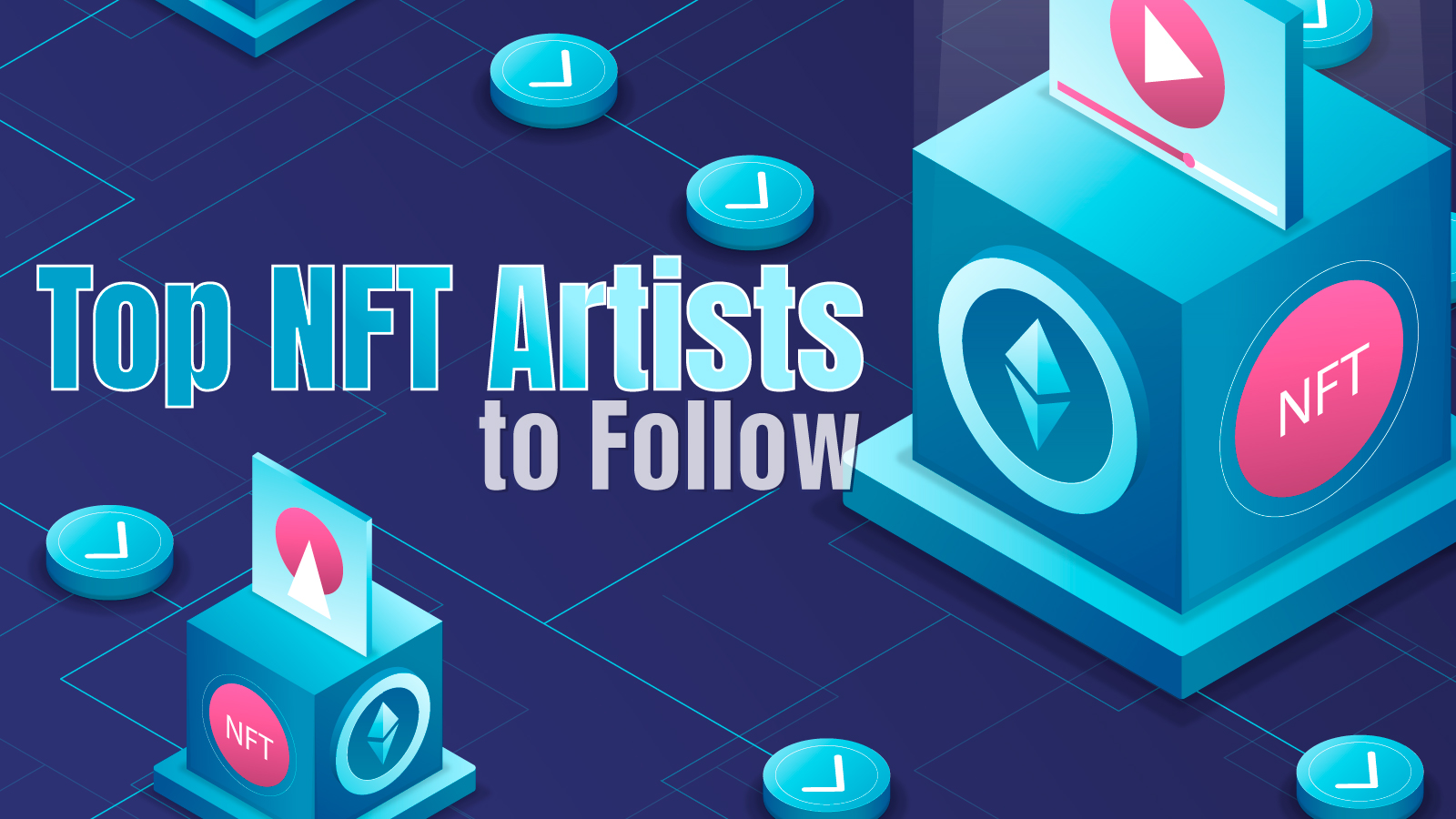 Crypto art, represented in NFT (non-fungible tokens), began to gain momentum during the second half of 2020, but boom did not occur until the end of the same year. Digital artists in blockchain-based digital art see a good way to protect their business as well as being a great opportunity to get higher returns from their work.

Today we will review with you the 7 most important NFT artists.

Beeple is the stage name of Mike Winkelmann, a 39-year-old American crypto artist.

His works are graphics made entirely on the computer, 100% virtual but not reproducible and not modifiable. What makes these creations unique is the NFT.

The sale of NFT's digital artwork, which began February 25 and ended March 11, 2021, made Beeple the third highest-paid live artist of all time (after Jeff Koons and David Hockney).

Pak is a crypto NFT artist who has been active in the digital art world for over two decades.

His identity is shrouded in mystery. We know that he is the founder and lead designer of the Undream studio and creator of “Archillect.”

Pak is the first NFT artist to achieve more than $ 1 million from NFT sales in 2020.

He is a Canadian artist also known as Trevor Jones Art. Trevor Jones defines himself as a traditional artist who loves technology.

TrevorJones was the second NFT artist to achieve an NFT sale of over $ 1 million.

Hackatao is an Italian art duo composed of Sergio Scalet and Nadia Squarci. They left Milan in 2012 and came to a small village at the foot of the Italian mountains. There, they sculpted small illustrators called Podmorks, and painted oil paintings with ink and acrylic paint.

The Italian duo worked with CryptoKitties and AsyncArt to launch a collection of ultra-rare art inspired by CryptoKitties.

Xcopy is one of the most influential NFT artists today. With its works inspired by death, dystopia, and apathy. Many of the artist's digital creations feature flashing imagery.

FEWoCIOUS is an 18-year-old semi-anonymous artist from Las Vegas whose real name is Victor. The FEWoCIOUS works are characterized by surreal, incorporating a post-humanist aesthetic.

USE YOUR NFT AS COLLATERAL FOR AN INSTANT LOAN

Do you have a beloved NFT that you want to keep as an investment but need cash now? YouHodler can help. YouHodler now accepts NFTs as collateral for an instant loan in USD, EUR, CHF, GBP, or stablecoins. Use a loan to pay your bills, buy more cryptocurrency during a market dip, or buy more NFTs. Whatever you do with your cash is up to you but don’t sell your NFT. Keep it as it rises in value and uses it for collateral to get cash now.

Read next: YouHodler: The "One-Stop-Shop" For HODLers and Traders
Share with friends