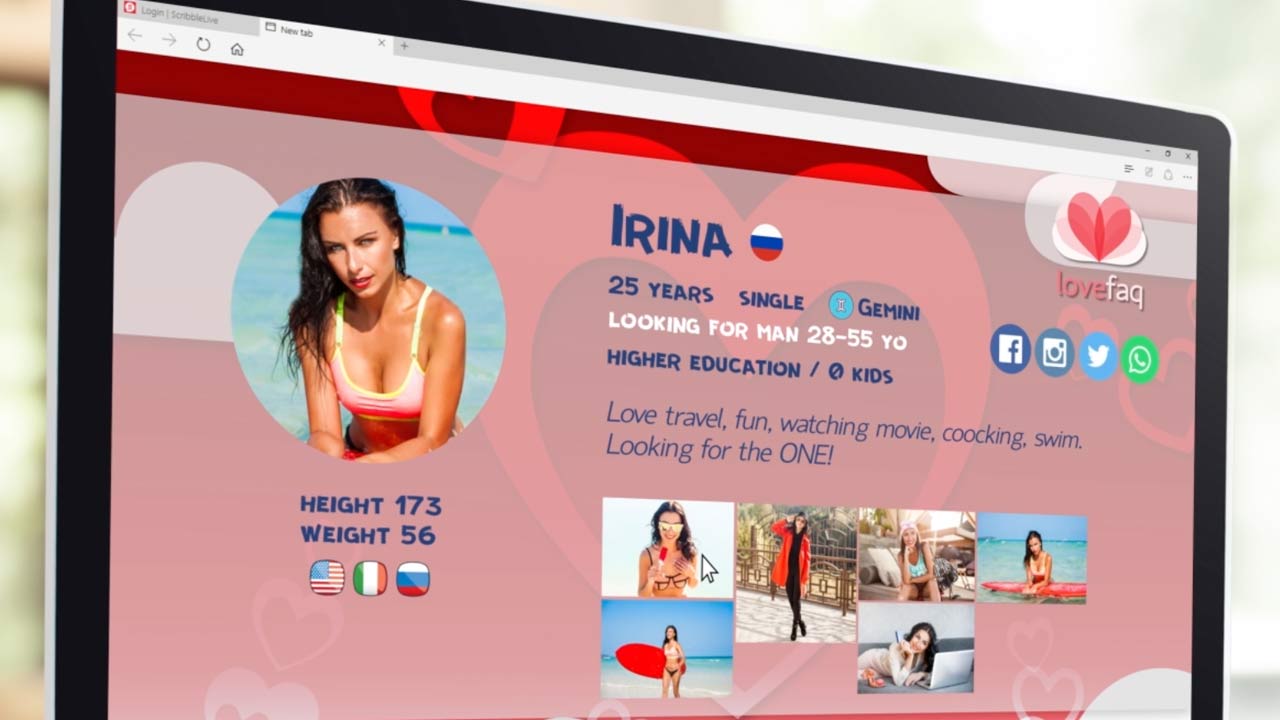 How Russian Brides Attempt to Bait the Internet’s Most Foolish

Internet scams come in many forms. The especially cruel ones play games with the feelings of men looking to chat with beautiful Russian women. You can’t believe how often this happens.

Nick, a 35-year old man from New Jersey, meets Irina, a teacher from Tomsk. The girl is looking for serious relationships and is waiting for that special one who she will give her love and attention.

On the picture, 22-year old Irina looks like a top-model. She eagerly talks about herself, is easily impressed, takes interest in the man, is nice and courteous.

The long-distance relationship sounds like a dream come true. Nick is in love and wants to meet the wonderful Irina.

The bride-to-be is poor, and Nick is very eager to pay for her trip expenses. As soon he wires the necessary amount, Irina’s car breaks down…then, her cat needs urgent surgery… and so on until Nick from New Jersey smells something fishy.

Irina, insulted and offended, writes that Nick has broken her heart and won’t speak to him anymore. Nick will never confirm that “she” was a shameless scammer named Alexander, who sends thousands of identical e-mails worldwide. He makes $2,000 a week operating this scam.

One should never be too frugal when in love. However, don’t be naïve, either. If you want to invest in a relationship, it’s best to do it after a face-to-face conversation.