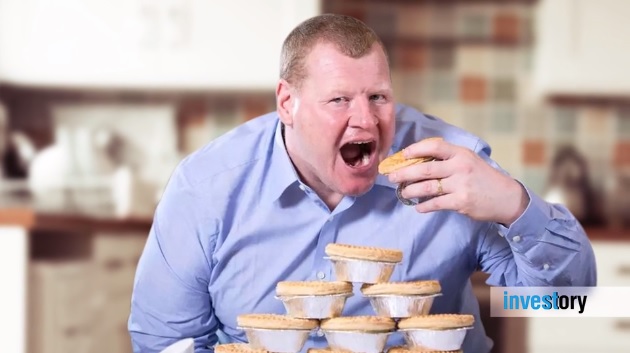 Wayne Shaw: How to Become Famous

Many people love to eat. However, not many become as famous due to their eating habits as goalkeeper Wayne Shaw. Yes, he was let go by his soccer club, but he gained massive popularity.

Reaching 1/8 of the British Football Association Cup was an overachievement for the Sutton United soccer club. They did not have any chance in the match against Arsenal. Nobody believed in Sutton’s victory, which was a wise decision – Arsenal easily prevailed. However, after that match, all the interviewers were focused not on the victorious club, but on Sutton’s backup goalie, Wayne Shaw.

Wayne Shaw Was Eating Pies During The Match

The 320-pound keeper, who was warming the bench during the match, was previously known for eating pies during the soccer matches. This game was no exception. On the 83rd minute of the match, Shaw ate a patsy. It looks like it was not an accident. One of the betting companies was taking 8-1 bets that Shaw would eat something during the match… And he obviously did, and was not going to hide it.

After speaking with the club’s management, Shaw was forced to resign. However, this episode gave him other opportunities. He became a staple on TV shows and received an offer to become an official pie-taster with the supermarket chain Morrisons – with an unlimited annual supply of pies. Has this 45-year-old Roly Poly Goalie found his luck in life? What have you done to use your chance to become rich and famous? Life gives you chances, and all you need to do is to keep an eye open for them and use them when you see them.

Read next: Blockchain Part 2: Where Blockchain is Being Used
Share with friends