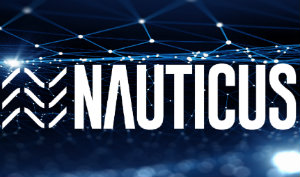 It took some time, but people are finally starting to catch on to what crypto enthusiasts first realized in 2009. Every day cryptocurrency is quickly weaving itself into the fabric of our society. However, it is still not a "mainstream" asset yet. But how long will that last? Nauticus, an Australian based-crypto exchange, says mainstream adoption is right around the corner and they're leading the way.

The Australian cryptocurrency exchange Nauticus thinks that trading crypto should be easy. How easy? According to them "as easy as buying pizza." Sounds like a good idea in theory but just how will they accomplish that? For starters, Nauticus is not your average crypto exchange. Dubbed the "Binance killer" this exchange claims to support 300 cryptocurrencies and 16 different fiat currencies within five years. In terms of their competition, no one else comes close to that. Yet, that's hardly even the most impressive part of this monumental project.

NAUTICUS: AN EXCHANGE BEYOND EXCHANGES

Once you start to examine Nauticus' detailed roadmap, you'll see just why they stand the best chance to topple major exchanges like Coinbase and Binance. In addition to the exchange, Nauticus plans to construct a fully featured, payment and e-commerce platform. If that wasn't enough, they want to construct a sustainable, green mining center. If all of these goals seem like a lot for a small startup to accomplish, you're not alone in that thinking. However, Binance went from a cash-strapped ICO to the world's biggest crypto exchange in just less than a year. Seeing as Nauticus already plans to build a better exchange with numerous, innovative features on top of that, it's realistic to see how they could make crypto mainstream. But they won't do it alone.

NAUTICUS IS APART OF A GREATER MOVEMENT IN BLOCKCHAIN INNOVATION

This is a revolutionary year for the crypto/blockchain industry. Governing bodies like AUSTRAC and the SEC are cracking down hard on ICO's in the wake of numerous scams from 2017. While these tough rules and regulations certainly hinder market growth, for now, it's actually a beneficial (and necessary) process. By weeding out the scam ICO's, honest and innovative startups like Nauticus get an opportunity to really shine. They are not doing it alone though.

Nauticus is just one of many startups around the world taking a similar course of action. For example, a blockchain-based crowdfunding platform, YouToken is taking a unique approach to crypto regulation by partnering with BestRate and other change-makers in the game that comply with strict regulations. Years ago, an ICO could thrive on its own but today, it takes cooperation. and innovation. Nauticus can certainly help make crypto mainstream with their exchange but it will take a concentrated effort from honest blockchain startups everywhere before the world truly catches on.