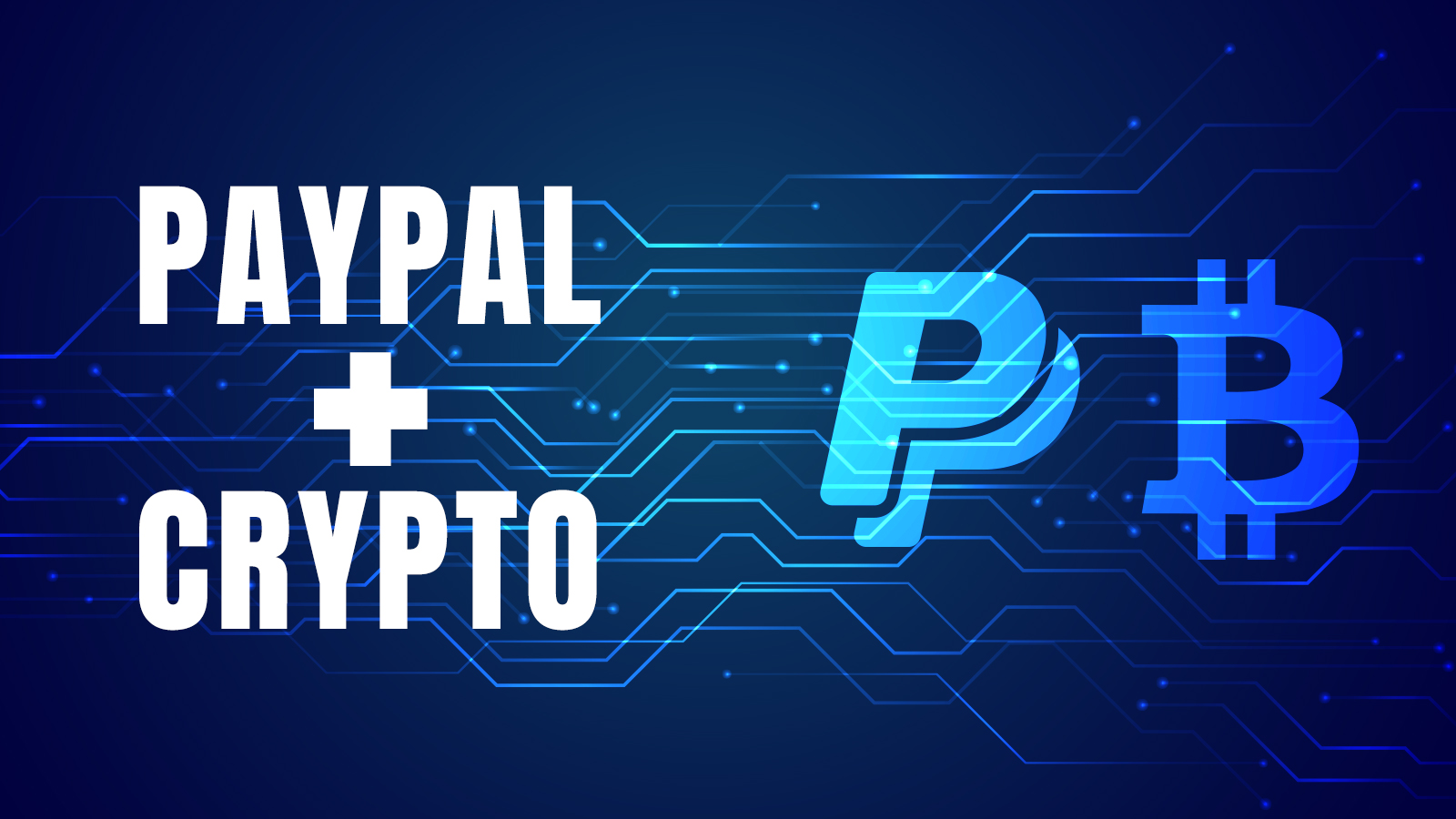 Is Paypal Good For Crypto (and can you benefit?)

October 21, 2020, was an important day for the crypto industry. Paypal officially announced its entry into the crypto market by allowing US account holders to trade 4 cryptocurrencies: Bitcoin (BTC), Ethereum (ETH), Bitcoin Cash (BCH), and Litecoin (LTC) directly via its platform.

On March 30, 2021, PayPal allowed US account holders to pay using their cryptocurrencies held within the platform with PayPal's network of merchants, which consists of nearly 29 million merchants.

Paypal will provide cryptocurrency services in several selected countries during the first half of 2021.

Today, we will discuss the current and future implications of Paypal entering the crypto market to see if PayPal is good for crypto in addition to explaining how to benefit from that step in achieving profits.

It can be said that Paypal's journey towards cryptocurrencies has passed through several stages. The first stage was in 2013 when the president of PayPal at the time, David Marcus, told Bloomberg that he had been “spending a lot of time looking” at Bitcoin and the company was “thinking about” adding it. to "PayPal's funding instrument." However, nothing materialized from the discussions. However, the matter remained in the frame of thinking without taking any action on it.

The second step was in September 2014, when PayPal released a 60-second promotional video entitled "PayPal Voices". The clip included the phrase, “Our phone is our wallet. We can spend Bitcoin with one click and no pocket.”

Those involved in the crypto industry expected at the time that the e-payment giant would soon launch a cryptocurrency service. Unfortunately, this did not happen, and the company quickly backed down, and replaced the promotional clip with an identical one, omitting the phrase “We can spend bitcoin with a tap, without a pocket.” And replace it with "One touch to buy just about anything without sharing our credit card and banking details."

The third step, which was in late 2014, saw PayPal move closer to the crypto arena, as PayPal made it possible for online sellers to accept Bitcoin payments through partnerships with Coinbase, BitPay, and GoCoin.

The fourth step was in 2018 when PayPal submitted a patent application to the United States Patent and Trademark Office (USPTO) for an "Expedited Virtual Currency Transaction System".

The fifth step was in December of the same year, as Coinbase allowed its customers in the United States to withdraw their cash from the platform directly to their PayPal accounts for free. Later Coinbase made the service available to customers in 32 European countries.

The sixth step was in April 2019, as Paypal participated in the Cambridge Blockchain A Series financing round for an undisclosed amount.

The seventh step was in June 2019, by joining the Libra Association, founded by the social media giant Facebook to explore a new, global digital currency built on blockchain technology. The Libra Association brought together leading technology and financial services organizations such as Uber, Mastercard, eBay, Stripe, and more. After a short period, Paypal withdrew from the association due to the rejection of the regulators inside and outside the project's the United States.

The eighth and most important step was on October 21, 2020, when Paypal officially announced its entry into the crypto market by allowing US account holders to trade 4 cryptocurrencies: Bitcoin (BTC), Ethereum (ETH), Bitcoin Cash (BCH), and Litecoin (LTC). ) directly via its platform.

The ninth step was March 30, 2021, PayPal allowed US account holders to pay using their cryptocurrencies held within the platform with PayPal's network of merchants, which consists of nearly 29 million merchants.

The tenth step PayPal plans to provide cryptocurrency services in several selected countries during the first text of 2021.

2. Is PayPal good for crypto?

On Wednesday, October 21, 2020, right after PayPal announced the addition of cryptocurrency services to its platform, the price of Bitcoin rose by more than 5 %, bringing its total gains since the week before the announcement above the $ 1,000. Within the next 24 hours, the Bitcoin price rose 7.3%.

The same thing was repeated on Tuesday, March 30, 2021, when PayPal allowed US account holders to pay for goods and services using cryptocurrency, and the bitcoin price rose and approached the $ 60,000 barrier.

Other cryptocurrencies (Altcoins) have also risen at varying rates, thanks to PayPal's joining the crypto industry.

Paypal's entry into the market is expected to bring more investors and more liquidity.

3. Why did Paypal enter the crypto market now?

The current timing was ideal for PayPal to enter the crypto market for the following reasons:

2. Accepting cryptocurrencies as a method of payment,

3- The trend of financial institutions and investment funds to invest in Bitcoin.

4. Corona pandemic and the trend towards a digital economy.

5. Discussions in many central banks about issuing national digital currencies, in addition to 'some countries such as China conducting experiments on its digital currency, the digital yuan, pushed Paypal to join the crypto industry to be part of the next financial system.

4. What has Paypal gained from entering the crypto market so far?

The company’s transaction revenues also increased by 12% over the third quarter, to reach $ 5.7 billion.

Paypal also reported that 16 million new users joined the platform during only the fourth quarter of 2020.

Moreover, the company said in its quarterly report that customers who purchased cryptocurrencies through the platform logged into PayPal twice as much as they did before purchasing cryptocurrencies.

5. Advantages of PayPal's entry into the crypto market

1. The presence of a big name like Paypal definitely gives the crypto industry great momentum.

3. Paypal's presence in the industry will encourage investors to enter the crypto industry, which will provide liquidity for the growth of the industry.

4. Paypal itself is now investing in the crypto industry, recently Paypal announced its acquisition of Israeli firm, Curv, a provider of cloud-based infrastructure for digital asset security.

5. Paypal's presence in the industry could persuade regulators to accept and legalize cryptocurrencies.

6. Disadvantages of PayPal's entry into the crypto market

2. Paypal's presence in the crypto industry will reduce privacy and increase centralization in an industry based primarily on decentralization.

7. How can you benefit from Paypal's presence in the market?

1. Buying cryptocurrencies backed by Paypal and storing them. It is a successful long-term investment.

2. You can also loan it and get high interest.

4. Searching for promising projects and investing in them.

Overall, it seems like PayPal is good for crypto since it's brought the eyes of the world to this booming industry. However, with that comes a lot of uninformed individuals who don't know the perils of investing. As always, be sure to do your due diligence on every investment you make and if you have friends that are new to the industry, reach out and give them a hand.