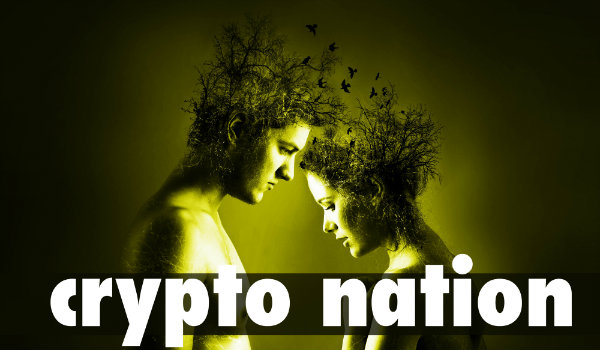 The Birth of a Crypto Nation: Switzerland's Journey

If the concept of cryptocurrency wasn't enough to blow your mind, then maybe this will. Switzerland is gearing up to become one of the world's first countries with their own cryptocurrency. This effectively makes them a "crypto nation." Sure, it has a nice ring to it but what does that really mean? What goes on behind the scenes to make this sort of thing a reality? Also, what does this mean for the future of other countries looking to do the same? Settle down. All your questions will be answered by the end of this short, fun and informative article.

THE BACKSTORY OF SWITZERLAND AND THE BIRTH OF A CRYPTO NATION

You might have heard stories of struggling countries with near extinct economies looking to get their own cryptocurrencies but it wasn't until recently when some of the world's wealthiest countries showing interest. Take Switzerland for example. For nearly 90 years, Switzerland has been a global epicenter for wealth management. Since 1934, Swiss bankers have made trillions thanks to their skills of avoiding foreign tax services like the Internal Revenue Service in the US. These creative bankers helped some of America's wealthiest citizens smuggle money into the country to protect them from U.S. government taxes.

However, the golden age of Swiss bank accounts came to an abrupt end after Switzerland turned over their famous banking secrecy regulations to the U.S. which eventually shut down the largest and most respected Swiss banks. Authorities charged them with assisting in US tax evasion and lost billions of dollars in the process. The country was on the edge of losing their competitive quality over their competitors. However, they have a new plan.

SWITZERLAND CREATES THEIR OWN CRYPTO NATION

Over the past few years, Switzerland has created a worldwide hub for cryptocurrencies dubbed "Crypto Valley". Furthermore, the government is not shy about their support of cryptocurrency. The Swiss Financial Market Supervisory Authority (FINMA) is one of the most forward-thinking authorities in the world when it comes to this technology. As a result, it's created a rich and vibrant ecosystem for crypto, the blockchain, and other related technologies. Hence, Switzerland is officially a "crypto nation' due to its support for the "digital revolution" and initial coin offering (ICO) market.

SWITZERLAND CRYPTO NATION TO BE THE CAPITAL OF ICO

The United States and China are tightening their walls on the influx of ICOs. However, Switzerland is taking the opposite approach. According to Swiss law, Cryptocurrencies are not considered money, foreign currency or a financial supply for goods and services. But they are an asset for capital gains tax (CGT). Yet, this only applies to someone who considers themselves a "professional trader". Furthermore, the Swiss government is even backing some ICOs themselves.

The country is not making their crypto support a secret. It's even starting to inspire other countries to do the same. At the moment, other countries like the United Kingdom, Russia, and Venezuela are thinking to launch their own virtual currency. As ICOs become more popular and as more promising startups come to life, will we see other governments embrace this technology just as the Swiss did?