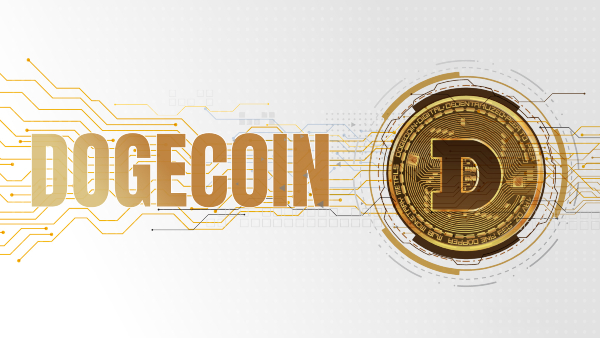 Vitalik Buterin, the founder of Ethereum, once said: “There are some good ideas, there are a lot of very bad ideas, and there are a lot of very, very bad ideas, and quite a few scams as well.” The propitiously timed release of Satoshi Nakamoto’s white paper amid the Lehman Brothers’ collapse, detailing the need to remove financial intermediaries and minimize the cost of trust, led to the unveiling of Bitcoin. Understandably, several other crypto projects sprouted, each with compelling stories on how they will redefine the modern economy. While many have failed and even more are on that path, some digital currencies have endured (like it or not). One such cryptocurrency is Dogecoin.

Dogecoin, the popular meme coin launched eight years ago, has caught on in mainstream crypto circles for obvious reasons: the recent GameStop saga, the buzzing trend of meme marketing, strong whale ‘manipulations,’ and the increased adoption of cryptocurrencies generally. Numerous newbies are forming into the popular meme coin wagon because the alternative — staying behind — seemingly does not bear thinking about. Well, it does. And that’s what we’ll be talking about today. But first, a little history

How did we get here?

The Dogecoin project was conceived by Bill Marcus and Jackson Palmer to make a parody of the altcoins striving to be the next Bitcoin at the time. So, in December 2013, they slapped the popular meme of a Shiba Inu dog into a coin and launched it.

Although the project started as a joke, it got far more traction than they had expected — the website got more than a million unique visitors monthly after it launched. The project gained traction over the years with some notable booms, including sending the Jamaican Bobsled team over to the Olympics, some humanitarian work in Kenya, and the numerous booms since the beginning of this year.

What does the future hold?

The success of the GME saga has had several people wondering if such substantial highs could be replicated in the doge space. Admittedly, the community has significantly sustained the movement, pushing the price to an all-time high of 41 cents, but can Dogecoin reach $1? Probably not. Through the mist of the social media-bolstered booms, some facts are undeniable:

Let’s examine these in detail.

One crucial pointer to the viability of any crypto project is its use case. Ethereum is a smart contract-enabled open-source platform for building blockchain projects, Polkadot bridges multiple blockchains, and Bitcoin, among other uses, is a digital store of value. Dogecoin? Staying true to its initial purpose as a meme coin, except it now has the second-largest army on social media. New solutions in the blockchain world? None. Real-world use as a medium of exchange? A few social media-inclined retail stores, probably.

Crypto assets are, at the very least, supposed to be worthwhile stores of value, but Dogecoin falls several miles short of that quality.

As a parody project modeled after Bitcoin, one would think it has a limited supply, but the founders had other ideas. Dogecoin has an unlimited supply and, as a result, is inflationary. 10,000 DOGE are mined per minute, putting the yearly output at more than 5 billion units.

There are numerous think pieces on how this might help incentivize miners by increasing block rewards and reducing transaction fees. However, an inflationary model in any crypto-economic setting precludes sustainable growth. This makes the coin unfit as a profitable long-term investment.

For Dogecoin to probably reach $1 and beyond, it needs strong backing(s), and currently, it lacks the requisite institutional support for development. For context, Cardano has major institutions backing it up in tech and development, with billions in total funding. Ethereum has strong backings as well. And Bitcoin? Full check. The Dogecoin movement is propelled mainly by an online army and by occasional shillings from Elon Musk and Snoop Dogg. While the SpaceX CEO regularly tweets memes, swaying prices up, it should be noted that his actual holdings have never been revealed. The magnate’s automobile industry, Tesla, has started accepting Bitcoin as payments but there is no news on Dogecoin adoption so far.

Dogecoin’s current market cap is about $35 billion, and by calculations, reaching $1 would mean a cap of about $130 billion. By comparison, Ethereum, the blockchain that opened the crypto space to DeFi (decentralized finance), has a $200 billion market cap while Bitcoin crossed the $1 trillion mark some months back. However optimistic your thoughts might be, it is quite glaring that, bar the occasional shilling on social media, the meme coin lacks the required framework to stimulate that much volume.

With the project’s main asset being its cult-like army, it is reasonable to think that it is still at highly inflated expectations. Perhaps if the crucial issues are addressed, it can cost new highs. For now, the party is still pretty much alive, and there’s nothing wrong with matching the tempo by committing a few bucks. Just be sure you can stay okay if the party suddenly ends.