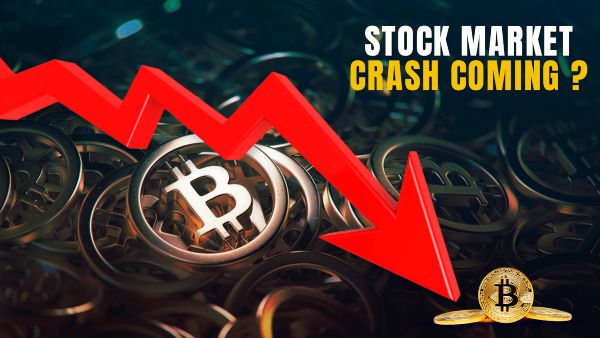 Everyone knows 2020 was a bag of shockers. The 30% crash in the stock market caught us all by surprise, as did the coronavirus pandemic. While there has been an upward trend ever since it is crucial to prepare for the possibility of a pullback. A healthy correction? Maybe. A crash? Perhaps. A 1929-like crash? Probably not. Let's examine the stock market from the pessimists' and optimists' lenses and leave you to decide if you as a business insider should be worried or not.

Since 1960, there have been at least one or two 10% pullbacks in all crashes or major corrections within three years of the crash. Following this, we are long overdue for a correction. It’s been more than 18 months since March 2020, when a major pullback occurred and it would be reasonable to think we’re set for another. Besides, there has not been so much as a 5% pullback in 2021. Market recovery is never that straightforward.

Nothing comes for free, not even a stimulus cheque. The massive printing of money to ease the effect of the coronavirus has raised fears of inflation. While the Feds chairman—Jerome Powell—has tried to calm the noise by claiming it is transitional, the amount of tapering that would reduce the effect is still unknown. If investors pull back and are overly cautious, there would be a trigger, and we might be in for a dip.

Financial markets, although clearly different, often exert some influence on each other. Crypto markets‘ volatility can impact the stock market in several ways. First, there could be a ripple effect on the stock market with the fear, uncertainty, and doubt concerning bitcoin's future. Also,  a major crash might lead to mass sell-offs in other investments to "buy the dip." In the same vein, crypto bull runs tend to trigger "fear of missing out" as investors look to maximize returns. Whether this loop would change in the coming days is yet to be seen.

There is a lot of pressure coming from China. The Evergrande saga, China's clampdown on its tech companies, and a systemic jab at companies with exposure to China are some of the external pressures that can cause a crash. The Evergrande situation has been severally likened to the Lehman Brothers in 2008, and while this might not be entirely true, the fear resulting from this is palpable. Didi, Byte, and Alibaba are a few of many companies bearing the brunt of the Chinese communist government. How farther is China willing to go to exert dominance? No one knows for sure.

1. It is impossible to predict a crash accurately.

A commonly said quote in the stock market world is, "The stock market has predicted nine of the last five recessions." This means that pessimists are eventually correct, but they are wrong more times than they are right. History has shown us that the information needed to predict a crash is primarily seen in retrospect when nothing can be done to affect it. Since no two crashes are the same, past results can’t be templates for future performance.

September has always been the black sheep for stocks. Historically, September is always a red month. Even after the crash in March, September was the only month with negative returns throughout the rest of 2020. Optimists claim that most of the crash speculations have been heightened in September, and once we enter other months, we should be up. Would this be correct? Only October can give us a glimpse.

The warning signs and pieces of evidence for a likely crash are substantial. While no one can accurately predict when, how low and how long it would last, you need to hedge against losses. Keeping cash handy for an eventual buying opportunity would prove instrumental, or if you want to keep investing, buy solid blue-chip companies (Don't get wiped out with the pennies). Remember, the war foretold does not meet the lame. Try to remain cautious.

Read next: Bitcoin and the People Connected to It
Share with friends